Go Back To blog

It’s not often that we get to celebrate the emergence of a major release of EJBCA, and this has been a long time coming. World, meet EJBCA 7!

So what’s new you ask? New workflows? VR based UI? Is everything solved using blockchains, machine learning and quantum cryptography?

Well, we’re afraid not. What we actually have done is dug down and replaced nearly all of the backing code for the UI, some of which has been around ever since EJBCA’s inception back in 2002. Same old trusty EJBCA, but with a newly furnished engine. While this may sound a bit lackluster at first glance, this is the first major beachhead that will allow the PrimeKey team to start making great strides in improving EJBCA’s user experience for our customers and their clients. This is not the end, but the start of an exciting new journey.

Probably the most impactful change of upgrading to EJBCA 7 is that we’re dropping support of JDK7, and by extension JEE6 reliant application servers. In essence, from here on in that means that the minimum supported application server is JBoss EAP7/Wildfly 10. If your current installation is running on an earlier JDK or application server we recommend upgrading those first, going through an intermediate release of EJBCA if necessary. The EJBCA Upgrade Guide has detailed instructions for which workflow to follow if this applies to you.

This leap is partly motivated by the end of professional support for JDK7 from Oracle coming this summer, but also because it both allows us to upgrade older libraries (which have long since ceased receiving security updates) and to be able to make use of much of the newer technology which has been developed in the intervening years in order to improve your user experience.

While not completely tried and tested yet, we’ve begun implementing support for JDK11, and have it working in our test environment. For production environments, we recommend sticking to JDK8 for the time being, but for the adventurous among you, we would by all means appreciate any feedback.

Deprecating the Public Web and slimming down the CA Web UI

As mentioned above, we’re heading into an exciting new era for EJBCA. The time has come for us to finally begin deprecating old functionality, and as we have mentioned before, two primary sections are on the chopping block: RA functionality in the CA Web and the Public Web, with the intent of them being fully replaced by the RA Web. 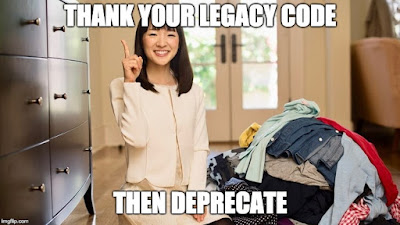 Our goal in the coming months is to replicate the remaining missing features in the RA Web (we’re nearly there), and further improve workflows in order to minimize context switching between the UIs, leading to a more natural user experience for EJBCA administrators. Once we feel secure that this is done we’re going to perform a soft drop of the pages (hiding them by default, but still making them available if needed) before dropping them entirely in the long term. If your workflows still rely on those two feature sets, we recommend taking a look at the RA Web.

EJBCA 7 (or a later minor release) will be included in Appliance version 3.3.0 and is scheduled towards the end of Q1.